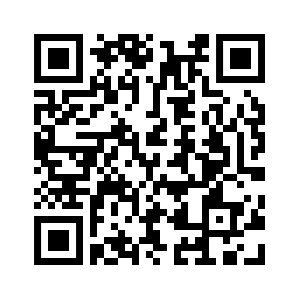 Brent Bruns and Jennifer Butler met in May 2016. Jennifer was an accomplished hair salon stylist, artist, and sculpturer. She would cut my hair and share a construction technique she was using called Faux Bois or False Wood, meaning using concrete with an armature and other materials to create what looks like real wood. She had been doing this for several years at her house, creating a two-story treehouse and intertwining false wood with the trunk, and limbs of a large oak, to create a magical formation between the real tree and her concrete formations. At the time she was using a process called Paper crêté, using paper soaked in water, like a paper mâché and mixing it with concrete and covering chicken wire to form the lifelike trunk and branches, and then carving into the concrete, while wet, the realism, and look of real wood, followed by staining. Brent Bruns started with a Bachelor’s degree in Aeronautical Engineering, entering the business world as an engineer in aircraft design, then going into the Army as an Infantry Training officer. After completing his service in the Army, he moved into a technical sales engineering position in electrical control systems with a major company and became the top salesman out of 400 of his comrades. He then took on some sales positions and soon decided to form his first company in Textile printing and manufacturing and Textile machinery design and grew it to over 100 employees over the next 12 years. Realizing that the future of printing was computer graphic design systems, he became a Value-Added Reseller (VAR) in Apple Desktop publishing sales, specializing in graphic design systems for the next 5 years. Realizing that his forte was not in the management of people, he moved into Real Estate Sales of highly desired, waterfront properties and over the next 10 years became one of the top Salesmen in his field working for a number of developers. When the real estate crunch of 2008 was inevitable, he formed his own real estate company working with many of his previous clients in Property Management and sales which he continues today. An opportunity became available to purchase a property in Palm Coast, Florida in 2017 for what at the time he thought would be his future real estate office, but soon changed to the idea that the best use for the property would be a restaurant. But, if he was going to do it, having no real experience or knowledge in the restaurant business, it had to be so unique, so different, with the best service, the best food, it would hopefully try to ensure it could not fail, because “Failure could not be an Option”. So, with the meeting of Jennifer and her abilities in this newfound art, he was determined that a restaurant could be built with all the qualities he believed might ensure that success. A partnership was formed and their two creative minds started generating ideas that might make this dream come true. The recipe had to be 1) Location, 2) Atmosphere, 3) Consistent Food quality with a menu to match, and, 4) Superior and almost unmatched service. In the summer of 2017, he went under contract to purchase the existing 2-story house and the property at 5047 N. Oceanshore Dr, Palm Coast, FL, and began clearing the land and designing the concept that would form the basis of “The Shape of Water Restaurant”, emphasizing a courtyard setting and introducing all the ways water could be manipulated into a backdrop for a restaurant. The property was purchased in December of 2017 and construction of the rivers began with the 1st real faux bois structure, “The Bleeding-Heart Bridge” taking over 150 hours to complete with both Brent and Jennifer working tirelessly, learning this new technique. To ensure structure integrity the main components were changed to Portland cement & sand(concrete), using chicken wire formed over a construction product called rebar (the armature) and doing multiple layers of concrete and chicken wire, and adding additional rebar until the desired thickness and shape was achieved, which was sometimes as much as 18” thick. The last coat of concrete was then carved using a nail to give the realism of wood bark and then stained with colors and sealed. We then started making our own rocks and boulders called faux roche’ using a similar process that we designed. The restaurant theme has become the 1940’s, Earnest Hemingway, Key West look with a French-American Cuisine. The restaurant is designed for romantic dining for sweetheart couples and makes it a destination restaurant where people are willing to drive over an hour to experience this unique dining experience. We hope we achieve this goal and dream, which has become a passion with over 100,000 hours of labor and 90% is done by 2 dreamers to give you an experience you will not forget. If after dining with us, you feel we have come short in any of the four areas above, please give us your ideas and thoughts as to how we can meet your expectations as we move forward.